How To Stop Procrastinating

Right peeps, here is the deal…

A lot of law firm owners suffer from procrastination.

I’ve learnt this many times over in the last few years of working with law firm owners in my Scale Up coaching program, and also having spoken to a lot of law firm owners I know.

Where it gets especially bad is when it comes to doing the work around growing their law firm.

Quite often, law firm owners will procrastinate from doing that important growth work by focusing on their legal work instead.

What that means is, those goals you set for yourself at the start of the year when you wanted to grow your firm basically just get pushed aside and forgotten about.

So, perhaps you’re a lawyer who has set a big goal for yourself and you know you want to start working towards that goal but you just can’t seem to get started.

Or, perhaps you’re a law firm owner who is keen to grow your firm, but you’re really scared of trying to do it because you’re worried that it won’t work, or that it’ll make things worse.

I used to procrastinate a lot in the earlier years of growing my law firm.

I wasn’t really clear on what I wanted to do, so I would just throw myself into legal work, even though I’d set some goals and I really wanted to achieve them.

It just seemed easier to do the legal work, rather than working on my law firm.

That’s how I procrastinated – by doing legal work.

I know that other people procrastinate by going onto social media or replying to emails, or just talking about other stuff with work colleagues.

All sorts of different things – reading news sites, whatever it is for you, everybody procrastinates a bit differently.

The thing is, doing legal work might feel productive – and it is – but in my book it still counts as procrastinating when you have other big goals you could be working on.

As the owner of your firm, no one else is going to do that work to innovate and modernise your law firm. Only you can create a law firm of your dreams that allows you to live the life that you want to live.

But someone else can do that legal work for your clients.

So what I had to figure out is how to stop myself from putting the legal work first, so that I could do what I needed to do to scale my law firm.

It took a while, but now I can say that I hardly ever procrastinate.

I want to take you through the five steps that I’ve figured out to stop myself from procrastinating and that enable me to get the stuff done that needs to be done.

Whenever I set a goal or a task, the first thing I do is figure out what steps are involved in doing it.

I’m always confused when I start something. I might be clear in my mind about what I want to achieve, but usually I have no idea how I’m going to do it.

So I build into my plan, figuring out what each step is that I’m going to have to take to get that thing done.

It’s a nice, easy way to dip your toe into that goal or that project.

Once you’ve built out what those steps are, it’s much easier to roll on with the work and stop yourself procrastinating because the next step is clear, so it’s easier to do.

One of the easiest times to slip into procrastination is when you’ve finished one step, and you don’t know what to do next.

If that next step is already clear and you’ve taken the time to plan it all out, you’re much less likely to procrastinate and much more likely to move on and keep making progress.

One of the things I’ve noticed with law firm owners is that often you procrastinate because you’re afraid the work you have to do might fail.

Lawyers often seem to have that perfectionist personality. It’s like their self worth is really connected to doing a perfect job.

But unfortunately, when it comes to growing your law firm, there will be a number of things that don’t go well.

A lot of things will go well, but some things won’t.

But that’s OK, and you need to get comfortable with that.

The problem with perfectionism is it leads to paralysis by analysis, and you just won’t get to where you want to go. So you need to figure out how to let go a little bit.

It might not be something you can start doing straightaway, it’s often a bit of a journey that’s about working on your mindset.

I’ve got a couple of suggestions to help you with this.

There’s a book called The Big Leap by Gay Hendricks, which is a great way to start getting yourself into some mindset work.

There’s also a really good podcast by Kara Loewentheil called Unfuck Your Brain. She focuses a lot on procrastination and perfectionism and how they’re connected.

Another great way to start mindset work is to get a coach to help you.

It can be quite confronting and uncomfortable at times, but only good things will come of it. It’s definitely worth doing.

Like I said, if this is something you struggle with then it really is a journey you need to commit to.

On the odd occasion that I still procrastinate on something, I question the value of the task, or the project that I’m doing.

Because the fact that I am procrastinating is often a sign that it’s the wrong task for me.

If it’s a high value task and I’m still procrastinating on it, is there somebody better in my team, or somebody better who I could outsource to, who would get this work done faster and better?

The more you know yourself and the work you’re good at doing, the more you’ll be able to question that.

As a law firm owner, there are so many worthwhile things you could be doing that it’s not worth focusing on one that you aren’t giving your best to.

The fact that you’re procrastinating may be a sign that it’s actually not something you should be doing in the first place, and perhaps your time and energy is better spent on something you can focus better on.

Having accountability built into your life is a great way to make sure you’re not procrastinating.

You can build accountability in a few different ways.

1- You could get an accountability buddy.

Find another friend or colleague who is growing a law firm as well.

Catch up with them regularly and be accountable to each other. You can even set tasks that you’ll do before you catch up the next time.

2- You can get an accountability coach, which is somebody you can hire to make sure you get stuff done.

3- You can also set up a board or an advisory board.

Here at Automio, we have a board of directors. Even though I’m the CEO and founder, I am accountable to them.

We have a board meeting once every month or two, and that’s a time where I have to stump up and show what I’ve done.

If I’ve been procrastinating, I probably won’t be able to present the results they want to see.

You may not set up a formal Board of Directors, but you could set up a really strong, motivating, inspiring advisory board, who could help to hold you accountable and stop you from procrastinating on growing your law firm.

You may have heard me say this before.

I do business, not drama.

It’s something I like to say regularly, particularly if there’s some sort of shit going down in the business somewhere.

I’ll say to my team, “Hey, guys, we do business, not drama. We focus on the strategy and eliminate the bullshit, or the drama that’s going on.”

When it comes to procrastination, I can pick up immediately when I’m doing it, and I remind myself of that.

When I remind myself of that, it snaps me out of it. Because I know that procrastination leads to drama.

For example, it’ll mean that I’m up all night, trying to meet a deadline that I’ve been procrastinating on, which is drama, and then there’ll be drama after that too, because I’ll be tired.

Procrastination nearly always leads to some kind of drama. 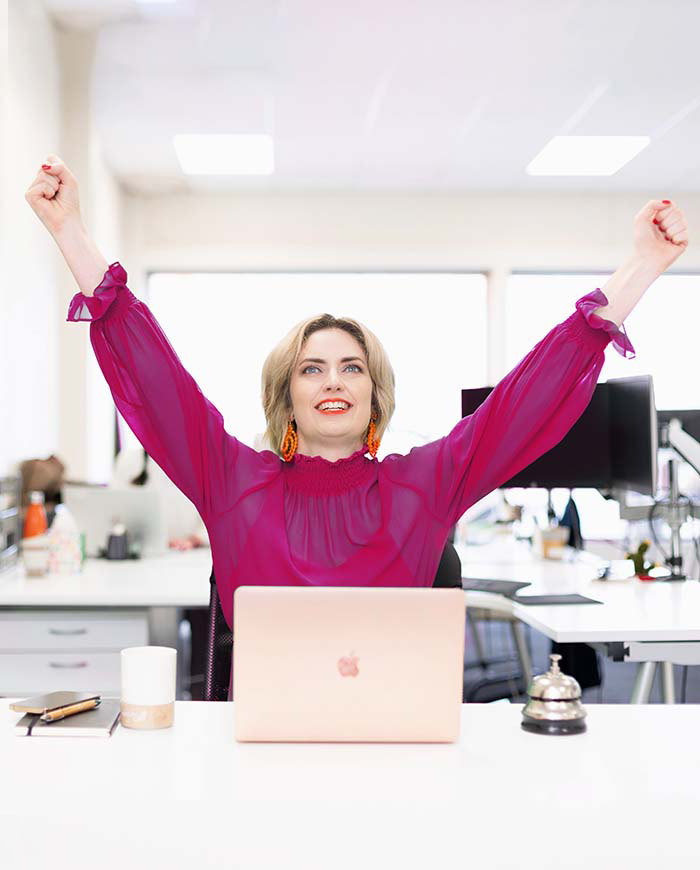